For many experts, the inaugural Nürburgring Mercedes Race will always be remembered as the day where a new legend was born, the legend of Ayrton Senna.

As probably you already know, the organization decided to build this shorter layout to meet all the safety regulations that are not possible to implement at the old Nordschleife.

After Lauda’s terrible accident in 1976, the Formula 1 decided to not come back to the Ring due to its lack of safety. Like F1, many other important events would stop going there during the next years.

Actually, the last major event held at the Nordschleife layout was the 1983 Nürburgring 1000km Endurance. There would be where Stefan Bellof in a Porsche 956 would set his historical Nürburgring record.

The original idea was to invite all the living F1 World Champions. However, some drivers like Fangio, Piquet and Stewart decided not to participate. While Andretti and Fittipaldi were competing in the Indy 500.

The car selected for such an occasion was another legend, the brand-new Mercedes 190E 2.3 16. A 187hp icon with absolutely any modification for this race except for the front seats and the roll cage.

At that time, Ayrton Senna was still a young promising driver who took part in only 3 GP’s. However, in order to replace Fittipaldi’s entry, Mercedes decided to invite him through Gerd Kremer (Mercedes Marketing Chief), who had met Senna during his time as a British F3 driver.

As anecdote, Alain Prost offered himself to pick up the Brazilian at the airport, who landed half an hour before, to bring him to the circuit.

Apparently, there were some rumours that during that morning some drivers were experiencing some sort of hangover… However, a few of them took the event seriously as you can see in the race video.

Ayrton Senna was clearly one of those drivers.

For a young talent as him, the chance of racing against all those legends in equal cars and equal conditions was the perfect opportunity to show to him and to the world that he was capable of winning a world championship.

Prost took the Pole Position and Senna the 2nd place. Unfortunately, the television was still showing a lengthy speech when the race began.

“I was on pole with Ayrton second, after that he didn’t talk to me anymore! It seemed funny at the time. Then in the race, I took the lead, and he pushed me off the track after half a lap“.

Sadly, due to a long speech, the realization of the race missed the race start. Which means that we will never know the truth.

a new legend was born

After the race, one of the most surprised drivers with the Brazilian driver performance on the track was John Surtees. He confessed sending a message to his former boss Enzo Ferrari “if you want to reorganize the team, hire Ayrton Senna”.

Later on time, during an interview, John Watson remembered: “Ayrton took it very very seriously. His attitude was that he had to win it. That day was cold and wet and he did a bloody good job.”

A few weeks later, Ayrton Senna’s talent would be again the protagonist at the legendary 1984 Monaco GP. 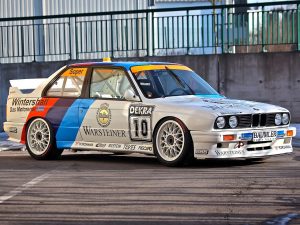