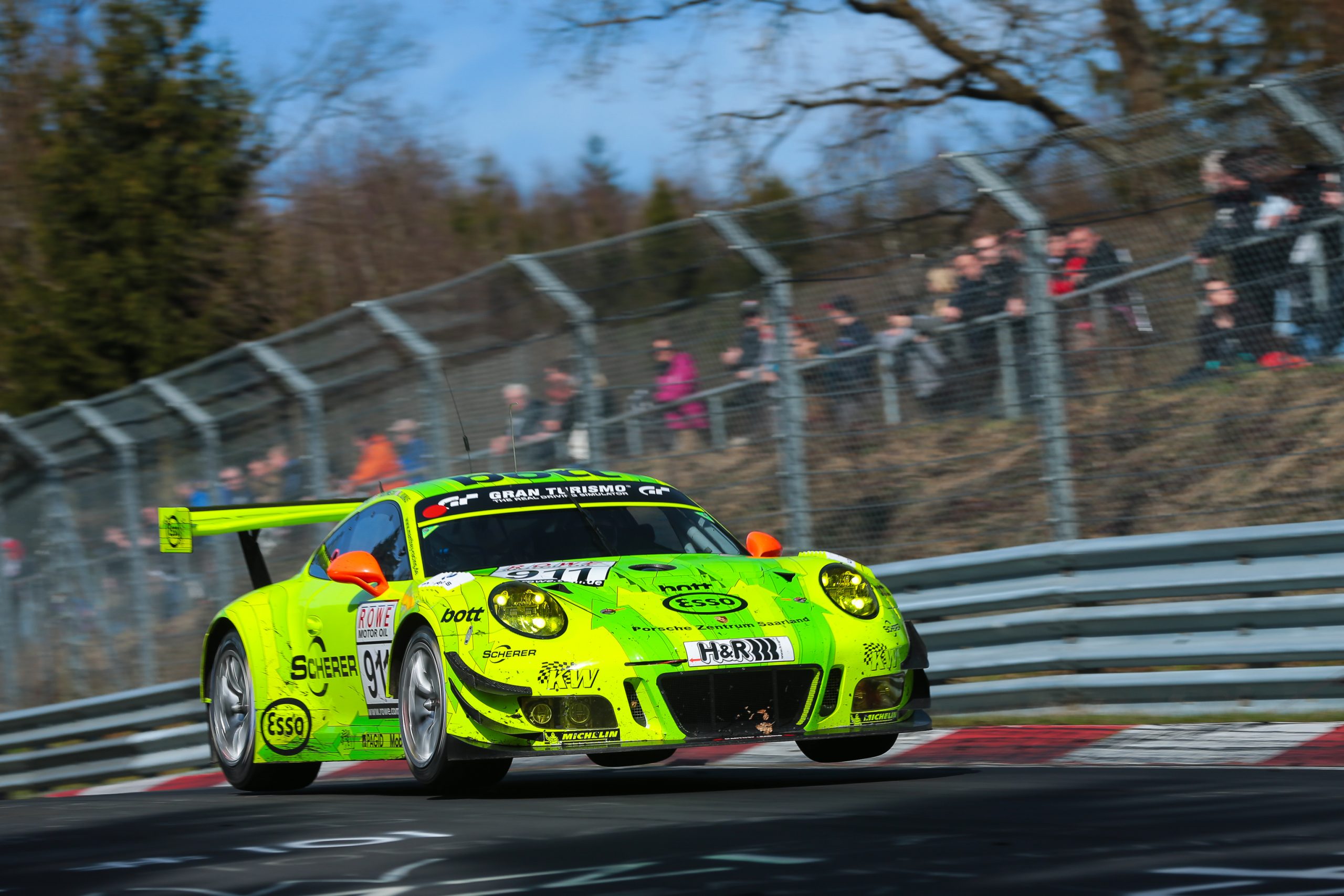 VLN is now Nürburgring Endurance Series and starts this weekend.

The season opener of the Nürburgring endurance series starts on June 27th without spectators and under the “corona conditions”. The season opener will be followed by an NLS double weekend with one race each on July 11th and 12th, while the fourth race will take place on August 1st. Then, the 29th of August will take place the ROWE 6-hour ADAC Ruhr Cup race, which will also be the dress rehearsal for the Nürburgring 24-hour race this year.

Following the strategy of internationalization of the series, the management board has changed the name and the logo to make it more recognizable for the audiences while keeping the essence and tradition of the championship. Known as VLN since its foundation in 1977, the endurance championship changes its name to Nürburgring Endurance Series or NLS due to its translation to the German language (Nürburgring Langstrecken-Serie).

“This strengthens our status as the only genuine Nürburgring series that stages its races exclusively in the Green Hell. With the word mark Nürburgring in the logo, the sporting home of the racing series is evident at first glance,” explains Christian Stephani, Managing Director of VLN VV GmbH & Co. KG.

The new series logo gives more protagonism to the original wordmark “Nürburgring”. In the new design, we can appreciate this Nürburgring identity mixing the image of the Karrousel with the traditional elements of the old VLN logo.

“For fans and participants, the most important message is that we will stick to the values of the long-distance championship. The OHG and the VV GmbH are working hand in hand with different tasks to set up the series in the best possible way for the future, without neglecting the great and long tradition”. Ralph-Gerald Schlüter, Managing Director of VLN OHG.

The legendary BMW Junior Team is celebrating its revival after more than 40 years. In 1977, the names were Eddie Cheever, Manfred Winkelhock and Marc Surer. Great talents in both single-seaters and sports cars. Such a selection was so successful that they all went as far as Formula 1 and also earned the respect and recognition of motor racing fans.

Now, a new generation of promising talents will be at the start. The British Dan Harper, Max Hesse, and the US-American Neil Verhagen will complete an intensive training program as preparation for the scheduled two seasons. With Jochen Neerpasch, one of their mentors is also a founder of the team.

Harper, Hesse, and Verhagen have spent the past few months at home, but recently returned to Germany and moved into their common home near the Nürburgring. There they will live together throughout the season.

Now that the BMW Junior Team has obtained licenses to drive in NLS, the team will start using a BMW M240i Racing at the season opener on June 27. As soon as the juniors have completed enough laps on this vehicle, they will switch to the BMW M4 GT4, in which they should also complete the 24-hour race in September. If everything goes according to plan, the first races in the BMW M6 GT3 will be on the program.

Test day with more than 70 cars

During the NLS’s second test and adjustment drive in the 2020 season, more than 70 racing cars woke the legendary Nürburgring Nordschleife from Corona sleep.

“It was a good test in many ways,” says Christian Stephani, managing director of VLN VV GmbH & Co. KG. “We received positive feedback from the drivers and teams. On the setting drive, many processes are comparable to those of the racing events. We can now say that our season-opening plans will work in these areas. ”

Here everyone involved also had to wear a mask in the boxes. “Of course it was unusual for our mechanics at first, “says Matthias Unger, team leader of the champions of 2018 and 2019. “But in the end, everything worked well. We have learned to deal with compromises in the past few weeks. I am very grateful to the VLN for investing so much energy that we can finally start racing again.”

Adrenalin Motorsport starts the season for the second time in a row. The honor will be given to the masters Yannick Fübrich and David Griessner in 2020, who together with Florian Naumann will tackle the Green Hell in a BMW M4 GT4.

ROWE Racing, Walkenhorst Motorsport, and Falken Motorsports, as well as the teams from Black Falcon, Manthey Racing and Phoenix Racing based at the Nürburgring and other small and large teams, also took part in the test.

“To sit in the car again after such a long time feels great,” says Dirk Werner, who drove one of the two Falken-Porsche. “I had a few free laps and we were able to complete our test program without any problems.”

The test day was also a success for Patrick Assenheimer in the Mercedes-AMG GT3: “We started in the wet today and then the track dried. We were able to drive under different conditions – a successful test. Now I’m looking forward to the start of the season.”

Frikandelli Racing was also involved in the test. Its nine-eleven with number #30 was shared by Sabine Schmitz, Alex Müller, Lance David Arnold, and team boss Klaus Abbelen. The two Porsche works drivers Kévin Estre and Michael Christensen take turns at the wheel on the #31 Porsche.

David Pittard (BMW M6 GT3, Walkenhorst Motorsport) was also happy to get the asphalt under the wheels again in the green hell:“ When I first headed from the planting garden towards Stefan Bellof S drove, I had a big grin on my lips. Man, that felt good. I also had a lot of fun at the digital NLS races and will continue to do so. But the real feeling on the racetrack is irreplaceable.”The British driver also praised the commitment of the organizers:“ I was very happy to see that there were many teams. The VLN has really worked hard to get it started again. Now I’m really looking forward to the first race.”

In order to increase the safety and to protect team members and mechanics in the pit lane, minimum pit stop times shall be introduced. Again and again, there was the more or less unspoken allegation that competition had been distorted due to uneven flow rates at the fuel pumps. This discussion will now be set aside. Now, these pit times should be applied as a prescribed total pit time for the entire duration of the race and not depend on the number of laps completed or the number of refueling operations. The SP-Pro, SP-X, GT3, and GT4 classes will retain their own procedures for the duration of pit stops.

In the GT3, one silver driver per vehicle will now be admitted in the Am-class so that in future younger drivers under 30 years of age, who are automatically classified silver by the FIA due to their age, will also be able to gain the first experience in the amateur category with GT3 vehicles on the Nordschleife.

In the Pro-Am, one Gold or Platinum driver will accordingly be admitted so that the Pro rate in this category is covered. In the GT4 class, only drivers who are classified in the silver or bronze category will be at the start. In the NLS, the GT4 class shall be reserved for amateur drivers.

From this season, the NLS will again include a separate class for Opel Astra OPC vehicles. Inquiries received by the VLN have shown that there are still an important number of these cars on the market ready to be used in competition. The technical regulations will be adjusted to the former Cup regulations. The vehicles of the OPC class will be classified on basis of a power-to-weight ratio, which permits drivers with the DMSB Permit Nordschleife Grade B to participate.

In order to create the same conditions for all participants, there will be a minimum total sum of all pit stops in the race for all teams. This time limit is calculated in the week before the event. For this purpose, VLN technical director Volker Strycek and himself a long-time participant in the Nordschleife Championship will drive the specified route several times. The sports management of the VLN reserves the right to adapt the specifications for further races under corona conditions with the experiences from race one.

After the race, the paddock also serves as a Parc Fermé. After crossing the finish line, all vehicles drive through the pit lane and park the vehicles at a 45 ° angle in front of their plots. As soon as the driver gets out, no team member can touch the vehicle until the Parc Fermé is lifted.

The races of the Nürburgring endurance series will initially take place without spectators. This affects not only the paddock and the grandstands at the Grand Prix circuit but also the sections of the route around the Nordschleife, which are monitored accordingly by the race track operator and the authorities. 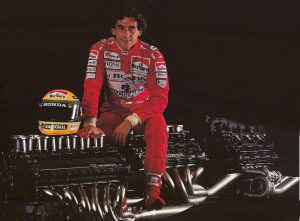 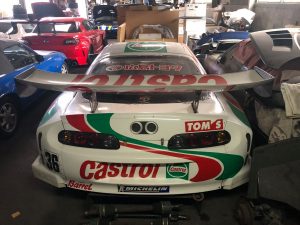